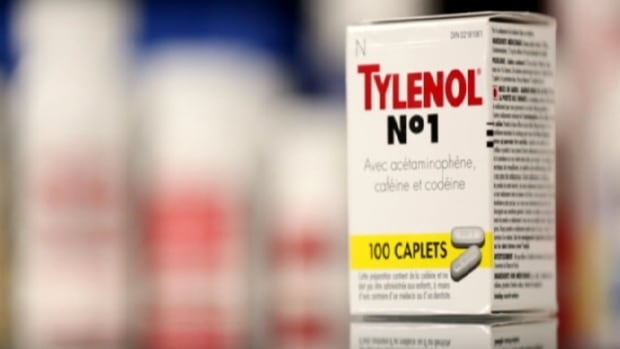 Tylenol 1 will require a prescription in Manitoba in February 2016

Manitobans who wish to purchase Tylenol No. 1 will need a prescription effective February 1, 2016.

Earlier this year, pharmacists voiced concerns to the CBC I-Team that the drug was too readily available and was being abused.

In February, that will change.

“It’s been a long time coming,” said Ronald Guse, Registrar of the Manitoba College of Pharmacists.

As a result of these changes, all purchases of Tylenol No. 1 will be entered into DPIN – the province’s drug program information network – which will allow other pharmacists to track how many times the drug has been issued to the customer.

“By having that in the system,” said Guse, “it puts the pharmacist in a better position and provides a better level of protection and care for the public.”

Tylenol No. 1 is not the only drug included in the changes. The college’s broader harm reduction strategy includes Calmylin and Robaxecet-8, both of which will now require a prescription and will also be tracked in the DPIN.

The I-Team visited a series of drugstores along Main Street and bought thousands of pills in the space of a morning.

“Pharmacists are really trying to do the right thing, but there’s a lot of pressure on them, and the challenge is that if one says no and the next one down the street says yes, it goes a bit wrong. ‘against the right way of doing things,’ said Guse.

“Having a law in effect puts everyone on an equal footing.”

Guse expects a backlash from members of the public accustomed to being able to easily buy the drug. He hopes a public awareness campaign launched in January will help ease the shock.

“I think there might be [people] who are concerned about the time it takes and access, and that’s unfortunate, ”Guse said.

“You can’t really get around this because the biggest need is to make sure they’re used correctly.”

Is it Safe to Mix Tylenol and Prednisone?