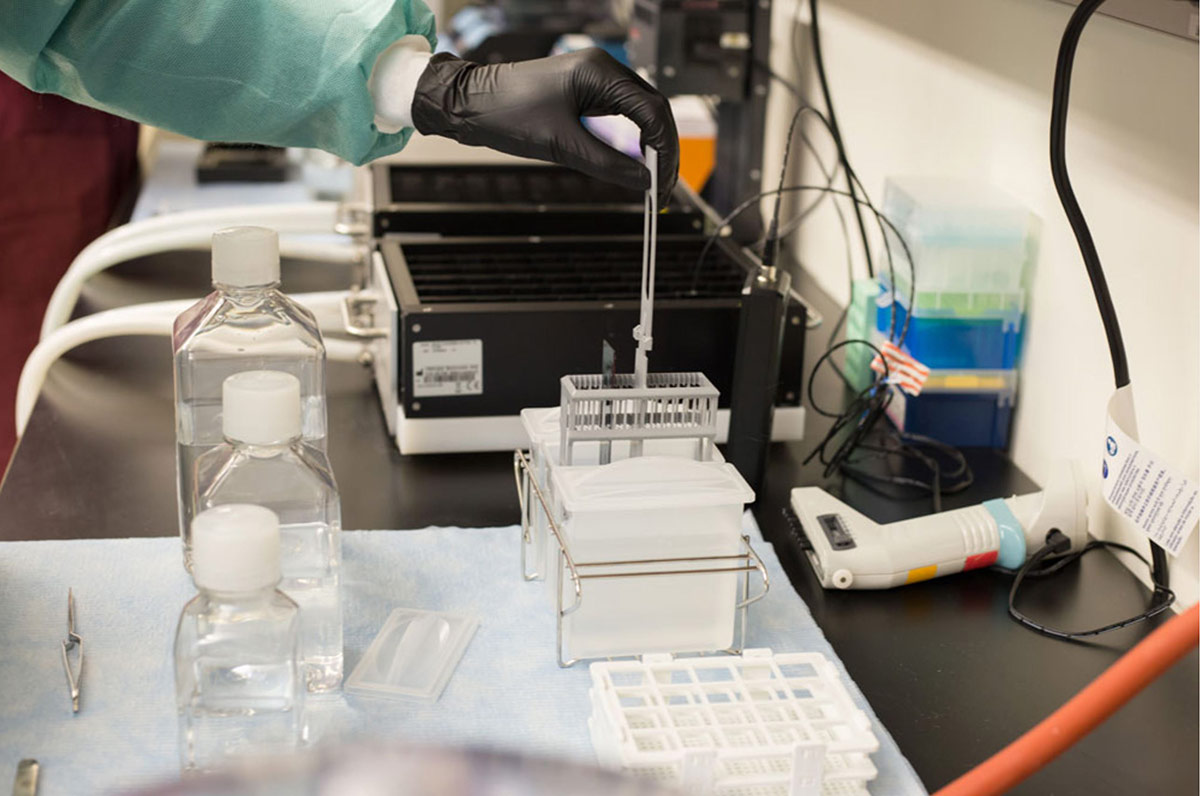 Top 5 reasons why you should participate in a biobank

Dr. David Kao of UCHealth Hospital at the University of Colorado specializes in cardiology.

But one of his greatest passions is “banking,” as in biobanking.

As medical director of Colorado Center for Personalized Medicine (CCPM) Kao oversees the clinical activity of CCPM’s largest operation: the Biobank, a partnership between UCHealth and the University of Colorado’s Anschutz Medical Campus.

So far, UCHealth researchers have analyzed DNA from about 34,000 of these samples. As the process takes a long time, they were initially only able to return genetic results to several hundred patients. But recently they released results for around 9,000 more patients, a harbinger of bigger things to come.

The results contain important information about the association between certain genes and the risk of certain diseases, including certain types of cancer and cardiovascular disease. They can also predict how patients will react to certain medications.

These results can be used to help create a unique testing, treatment, and clinical care protocol for each patient, which is the primary goal of personalized medicine.

Approximately 190,000 UCHealth patients have enrolled in the biobank by signing the required consent form.

Kao and his colleagues would like to see that number increase dramatically.

“Ideally, we’d like to see everyone in our healthcare system participate,” Kao said. “But realistically, our first real pop-the-champagne target has always been 500,000 enrollees, or about a quarter of our active patients. This is what we need to enrich our research and benefit as many lives as possible.

Kao and his colleagues launched a public awareness campaign to show how a larger biobank can improve the health of patients, their loved ones and the community as a whole.

Here are the top five reasons to register to participate in the biobank:

CCPM and the biobank began in 2014 when UCHealth and the University of Colorado School of Medicine announced a major long-term investment to collect genetic information from a large and diverse group of people and combine the data with their health records.

The goal was to find new ways to detect, treat, prevent and even cure disease, and to develop personalized plans to treat each patient based on their unique genetic fingerprint.

By studying the association between genes and certain types or phenotypes of patients, researchers hope to better understand the genetic causes of the disease. They also study pharmacogenetics, which is how genes affect how drugs work, including side effects.

For the chance to get clinical results on your genes

“The goal of the biobank was to create a large repository of DNA samples from UCHealth patients, primarily for the purposes of disease and disease research and discovery,” Kao said. “But it was also designed to feed genetic results back to biobank participants as we develop new knowledge and technologies.”

The biobank may be able to return three types of clinical genetic test results: those that predict your response to drugs, which may indicate that you need a higher or lower dose or a different drug; those that show you have an increased risk of certain diseases, which may warrant more intensive screening and monitoring; and those who identify you as a “carrier” of certain genetic diseases.

Although carriers may show no symptoms of these diseases, they can pass on genes that lead to serious diseases in their children.

It is also important for biobank participants to understand that only a small number of genes are analyzed and the only results sent to their medical records are those that have a direct impact on their clinical care.

“We don’t return people’s entire DNA sequence to their medical records,” Kao said. “These are just a handful of fairly common genes that end up in discs.” It is best to only draw conclusions from the results that the biobank reports to you and not to make any assumptions if this is not the case.

Already, biobank results are changing the way patients are treated. An example is David Clay, a biobank participant who was not on the standard dose of the antidepressant citalopram (Celexa).

When a message from the biobank appeared on Clay’s electronic medical record, his primary care physician, Dr. Richard Altman, had an “a-ha” moment.

It turned out that Clay had a mutation or variant of the CYP2C19 gene, which caused his liver to metabolize citalopram much faster than most people. Since Altman was already considering increasing the dosage, the finding made it an easy call. The new, higher dosage helped relieve Clay’s bouts of nighttime anxiety.

The biobank’s pharmacogenetics initiative will also explore how variants of the SLCO1B1 the gene may lead to high drug levels and cause muscle pain or degeneration in some patients taking statins for high cholesterol; and how gene variants DPYD may slow down the metabolism of some common chemotherapy drugs, which may lead to toxic levels of these agents.

Some patients have learned that they carry genetic variants associated with a higher risk of cancer, including breast cancer and colon cancer.

“These people had no reason to think they were at high risk for cancer,” Kao said. “Then, through their participation in the biobank, they did. These are potentially life-saving results not only for them, but also for their families. »

“In such cases, you can be screened more often. You may have a procedure done to prevent cancer. You can ask your children to be screened for cancer earlier in life than they otherwise would be. The approach to your health can therefore be completely different.

Participation in the biobank is easy

To enroll in the biobank, you must be a UCHealth patient, 18 years of age or older, and able to consent for yourself.

“Once you sign the consent form, you don’t have to make any additional appointments or trips,” Kao said. “At your next routine blood draw, an additional vial of blood will be taken for the biobank.”

Although blood is most often collected for the biobank, patients have the option of donating a saliva sample instead.

The biobank is aware that potential participants may have confidentiality issues. Additional safeguards are therefore needed to protect the identity of participants and clinical genetic results.

Information is stored in secure computers with locked files accessible only to authorized personnel. Whenever possible, actual donated information and samples are stored with a code instead of personal information such as a name or social security number.

Additionally, all data that the biobank shares with external research partners is purged of any personal or identifying information.

“Confidentiality is a key part of that,” Kao said. “The databases maintained by CU are hyper-secure and undergo frequent reassessments to prevent breaches.”

We cannot do what we do without you…. and thousands more.​

To find links and patterns in its genetic data, the biobank needs a large pool of genetic samples and medical records.

When he reaches his goal of recruiting 500,000 UCHealth patients, preferably from as diverse backgrounds as possible, he will have the data he needs to achieve his goals and eventually make breakthrough discoveries.​

“Even though only 34,000 patients have been fully analyzed so far, that’s enough to look at a lot of different things, whether it’s genes associated with certain diseases or those associated with a response to certain drugs,” he said. said Kao.

“Obviously, as the number of participants increases, we can look at more and more types of conditions, including rare diseases. We can also look at social and racial groups that are not always well represented in studies of research.

Contribute to something bigger than you

With very little commitment, you can take action to support research that will hopefully one day impact medical advancements for all of humanity.

You can come from any background. You don’t have to be a doctor or a researcher to have an impact.

Donating a biological sample to the biobank is an easy way for anyone to contribute to science and the public good, and to show appreciation for the care they have received.

“People have become more selfless during the COVID pandemic,” Kao said. “They want to help.”

Most of the time, participants enroll in research studies to help answer a question, such as “Is drug X an effective treatment for disease Y?” »

“With the biobank, however, there are so many genes and diseases that you can potentially help answer thousands of questions and impact large numbers of people,” Kao said.

Comparison of Dissociative and Conversion Disorders