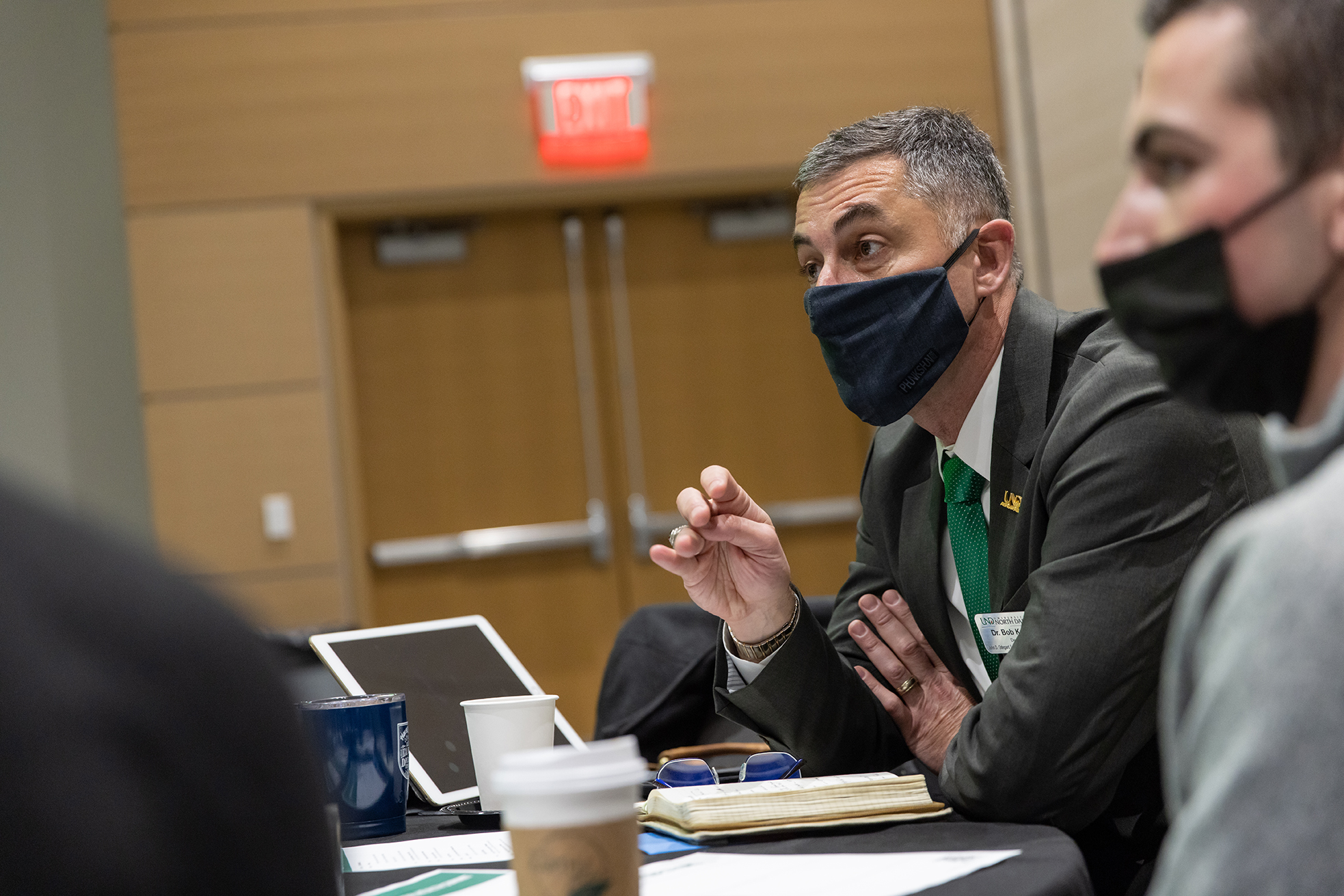 The University of North Dakota hosted a summit at United Airlines’ ALPA headquarters in Chicago on Wednesday to bring all stakeholders in the aviation industry to discuss student and hand mental health and wellbeing. -work of industry.

The summit was sparked by the loss of UND student pilot John Hauser in a plane crash in October.

Members of the FAA, the US Air Force, the Aviation Medical Advisory Service, several airlines, the Airline Pilots Association (ALPA) and researchers and professors from eight flight schools and universities discussed the dangers of mental illness and the resources available to pilots who may suffer from it.

â€œThis direct dialogue with industry and with medical experts is crucial,â€ said Bjerke. “This topic of mental health has not been discussed as widely on the academic aviation side as it has been among most of the major airlines, whose pilots have set up support groups. peer review and training efforts in recent years.

“Through this multidisciplinary group of industry professionals, academics and medical experts, we hope to establish a collaborative network, which meets the needs of our students and prepares them for a career as professional pilots,” said Bjerke.

Students and faculty at the University of North Dakota were able to connect to the summit from campus.

There had been talk on campus of having an open discussion with students and faculty about mental health. But Hauser’s death, coupled with his parents publicly declaring he suffered from mental issues, pushed the summit’s timeline forward.

â€œWhile there have been conversations within industry and on campuses about mental health issues, John’s death has certainly amplified these efforts,â€ said UND President Andy Armacost. â€œHis legacy inspires us all to make sure we’re doing things right and supporting our students to the best of our ability. “

The Hausers attended the summit and spoke about mental health and the need for an open discussion on the issue.

â€œAfter John’s death, our family felt strongly that we wanted to do something in his memory and honor the joyful life he led,â€ said Anne Suh Hauser. “We also wanted to help implement changes at the college and FAA level, so that didn’t happen to another aviation student or their family.”

She then went directly to the students who might be in the same situation as her son.

â€œIt is normal and normal to feel sadness, grief, anxiety and anger in your life. It’s also okay to ask for help at any time, especially when the emotions start to get uncomfortable or overwhelming, â€she said. “There is no shame in asking for help or wanting to feel better.”

Dr Quay Snyder, President and CEO of the Aviation Medical Advisory Service, spoke about steps pilots can take to ensure their health and safety and highlighted industry efforts to de-stigmatize mental health.

Pilots are keen to keep sanity out of conversation and hide it from family, friends and the workplace for fear of losing their medical certificates and jobs if they ask for help. Snyder noted that this is largely no longer the case.

Additionally, 68% of UND students said they would use an anonymous hotline if it was available, but only 43% would use it if it was not anonymous.

Director of the FAA’s Medical Specialties Divisions in the Office of Aerospace Medicine, Dr. Penny Giovanetti is responsible for the FAA’s medical appeal process, drug and alcohol testing programs for employees, as well as assessment and management of psychiatric cases.

She noted the recent changes made by the FAA regarding policies related to the use of antidepressants and their performance with regards to mental health.

“The FAA has recognized that pilots want to be able to talk to other pilots about their concerns,” Giovanetti said. â€œThe top management of the aerospace medicine department is made up of experienced pilots, and the department’s four executives have private pilot licenses. “

The FAA has expanded the list of mental health-promoting drugs that pilots can use in flight. Drugs should only be disclosed and used under specific circumstances.

Under the new rules, pilots will be limited to one of four FAA-approved antidepressants – Prozac, Zoloft, Celexa and Lexapro – and will be required to see a psychiatrist every six months.

For more information on mental health in the aviation community and how you or someone you know can get help, please visit the organizations below: