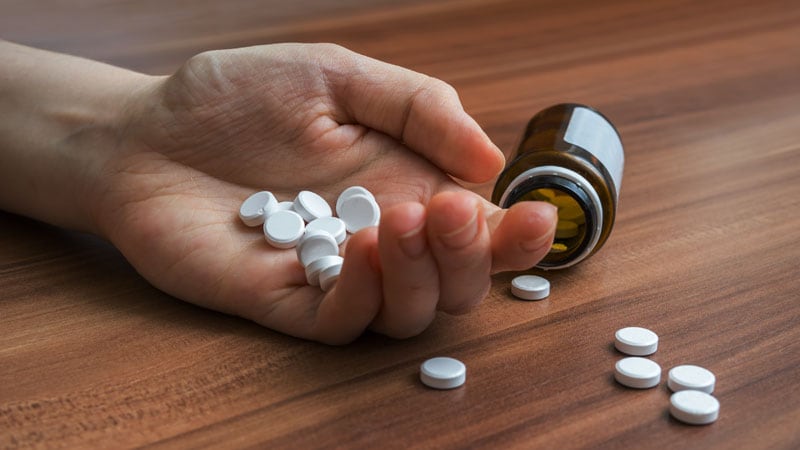 Emergency physicians need to be able to detect and manage overdoses of antidepressants and benzodiazepines, said Craig Smollin, MD, professor of clinical emergency medicine at the University of California, San Francisco (UCSF). in a presentation at the 2021 American College of Emergency Physicians (ACEP) Scientific Assembly.

In particular, emergency department physicians should “recognize the signs and symptoms of excess serotonin – often referred to as ‘serotonin syndrome’ – and ECG findings associated with tricyclic antidepressant (TCA) overdose. “said Smollin, who is also the medical director of the California Poison Control System, SF Division, and director of the Medical Toxicology Fellowship Program.

Smollin said Medscape Medical News that his motivation for delivering this presentation was that “the number of antidepressant medications available in the United States and the number of overdoses reported to poison control centers related to antidepressants continue to increase. As emergency physicians, we must be prepared to recognize and manage these overdoses.”

Clues in the ECG

Smollin presented the case of a 43-year-old patient who ingested a bottle of the tricyclic antidepressant desipramine (Norpramin), with drowsiness, slurred speech, dilated pupils, urinary retention, and a heart rate of 130 bpm.

Drowsiness, slurred speech and dilated pupils are hallmark signs and symptoms of anticholinergic toxicity, he noted.

Importantly, many clues can be found in the ECG, Smollin pointed out. In particular, TCAs are sodium channel blockers, which widen the QRS, so “a QRS longer than 120 ms is something to be careful about,” he noted.

Additional suggestive features found on the ECG include an R wave in the aVR. “Typically, we’re looking for an R > 3mm and also an RS > 0.7,” he said, adding that a straight branch of the bundle also suggests blockade of sodium channel blockers and an overdose of TCA.

“A TCA overdose, although now less common than in the past, can cause life-threatening cardiotoxicity,” Smollin noted.

“Emergency physicians should be able to recognize ECG findings of TCA overdose, including QRS widening, R wave in aVR, right axis deviation, and block of right branch,” he said.

In the event of a TCA overdose, Smollin recommended administering sodium bicarbonate, which he called the “mainstay” of treatment. However, if this is insufficient, intralipid emulsion or extracorporeal membrane oxygenation can be considered, if the patient can be taken quickly to an ECMO centre.

He presented the case of a 23-year-old patient with a history of depression who appeared anxious and confused, with tachycardia, high blood pressure, and altered mental status.

The patient also had vivid deep tendon reflexes and sustained clonus in the lower extremities. He had recently started taking citalopram (Celexa), a selective serotonin reuptake inhibitor (SSRI), and also had a history of 3,4-methylenedioxymethamphetamine (MDMA) use.

In particular, serotonin toxicity is more common with co-ingestants that have serotonergic activity, Smollin noted, pointing out that many different classes of drugs beyond SSRIs have serotonergic activity, including other antidepressants. (eg, venlafaxine and imipramine); opioid painkillers, St. John’s wort, monoamine oxidase inhibitors; serotonin-releasing agents (eg, fenfluramine, amphetamines and MDMA); and various agents, such as lithium and tryptophan.

“You want to do a really thorough medication reconciliation and understand what other medications the patient may be taking, both over-the-counter and also recreationally, to see if they’re contributing to serotonin activity,” Smollin said.

Administration of a serotonergic agent within the last 5 weeks, together with one of these categories of symptoms, indicates the presence of a serotonin overdose:

Seizures are relatively rare (only 1% to 4% of cases), and while QTc interval prolongation can occur, TdP is also rare, Smollin said.

He reviewed the differential diagnosis of serotonin toxicity, noting its similarity and differences to other drug-induced conditions.

Management of serotonin toxicity involves ‘elimination of the offending agent’, combined with supportive care, consisting of the administration of benzodiazepines and fluids as well as active cooling. Most of the time, these measures will be sufficient; however, use of serotonin antagonists (eg, cyproheptadine [Periactin]) can be considered if further intervention is needed.

Smollin described the case of a 19-year-old patient who presented to the poison control center with an altered mental state and sedation from ingesting alprazolam (Xanax) purchased from a friend.

A benzodiazepine overdose typically presents with “moderate sedation with normal vital signs,” but the patient’s presenting symptoms included “pinpointed pupils and respiratory depression that more closely resembled an opioid overdose, as opposed to an overdose of benzodiazepines”.

If the patient’s benzodiazepine overdose includes significant respiratory depression, the patient may also have co-ingested ethanol or opioids, which can “act synergistically with the benzodiazepines and produce really significant respiratory depression.” In this case, supportive care is the “mainstay of treatment” and flumazenil (Romazicon) should be avoided due to its potential to precipitate attacks.

It turned out that the patient in question had ingested a “counterfeit benzodiazepine” that looked a lot like a real Xanax pill but contained fentanyl. “The patient actually had an overdose of fentanyl rather than the benzodiazepine,” he said.

Smollin warned that these pills, which are made in home pill presses to look like Xanax, have become “a much more regular occurrence” and can contain up to 3.4mg of fentanyl.

“Now in our emergency departments we see methamphetamine [and] cocaine overdoses, in which methamphetamine and cocaine are adulterated with fentanyl, or may simply contain fentanyl and patients who were unaware and did not intend to take fentanyl ended up take – so don’t be fooled by counterfeit tablets,” he warned.

Batya Swift Yasgur, MA, LSW, is a freelance writer with a consulting firm in Teaneck, NJ. She is a regular contributor to numerous medical publications, including Medscape and WebMD, and is the author of several consumer-focused health books as well as Behind the Burqa: Our Lives in Afghanistan and How We Escaped Freedom (the memoirs of two brave Afghan sisters who told him their story).