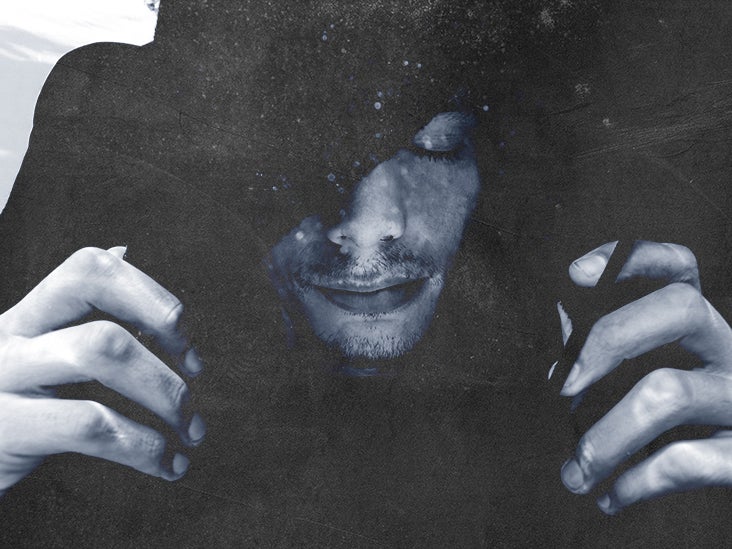 Debilitating depression occurs when a person suffers from particularly severe or prolonged depression. It can have a serious effect on the quality of life and the ability to function, but treatments are available. Anyone with debilitating depression should see a doctor. In an emergency, they should call the National Suicide Prevention Lifeline.

Depression is a common and serious mood disorder. It causes symptoms that affect the way a person feels and thinks, including a lingering feeling of sadness.

Debilitating depression is a more serious form of depression that can prevent people from doing regular daily tasks, including working, eating, and sleeping.

People can work with a doctor, therapist, or treatment team to create a treatment plan, which can include medication, talk therapy, and habit and lifestyle changes, among other treatment options. .

This article discusses debilitating depression in more detail, including its symptoms, causes, and treatment options. It also examines the outlook for people with this condition and explains how to seek help in an emergency.

People who suffer from severe depression sometimes report that it seems â€œcripplingâ€ to them, which means that they limit their ability to function. For this reason, some people refer to severe depression as “crippling depression.” However, this word is hurtful and offensive to people with physical disabilities, so people should avoid using this term.

It is more acceptable to refer to this severe depression by its clinical term, which is major depressive disorder (MDD). Others may call it debilitating depression or use words like overwhelming or devastating.

A person has MDD if they have the :

People with MDD often find themselves unable to perform basic daily tasks, such as working, eating and sleeping.

A healthcare professional usually diagnoses depression after asking a person to describe their symptoms and observing their behavior.

The doctor will assess the self-reported symptoms and possibly ask a person to complete a questionnaire. The person’s responses can help the doctor determine the severity of the depression.

According to , a person must have had symptoms of depression for at least 2 weeks before a doctor can diagnose the condition.

Below are some common treatments for people with debilitating depression.

Psychotherapy is a common treatment for MDD. This treatment can include talk therapy, which involves a person with depression attending regular sessions with a therapist to talk about how they are feeling. This therapy can help a person learn to cope with situations that make their symptoms of depression worse.

Another type of psychotherapy that healthcare professionals use to treat MDD is cognitive behavioral therapy (CBT). CBT focuses on how thoughts, beliefs, and attitudes can affect a person’s feelings and behaviors.

CBT uses a , with a therapist working with the individual to try and change their thinking and behavior patterns. This modification allows the person to achieve a beneficial change in their mood and the way they live their life.

Doctors and mental health professionals often prescribe antidepressants for people with MMD and other forms of depression.

These drugs regulate hormones and chemicals in the brain that contribute to a person’s mental health. They aim to and both relieve the symptoms of depression and prevent it from coming back.

ECT is a treatment for people with severe MDD. It is an option for people who do not respond to psychotherapy or medication. It takes place under general anesthesia.

While the person is under anesthesia, a medical team places electrodes on their scalp in specific places. They then stimulate the brain with brief, controlled electrical impulses. This stimulation causes a small seizure in the brain that lasts about 1 minute.

This treatment aims to cause changes in brain chemistry to improve symptoms of depression and other mental health problems.

Other treatments for MDD

There are other ways people can try to reduce the symptoms of MDD. A doctor can advise you on which methods to try, which may include:

Depression is one of the mental disorders in the United States. The medical community does not fully understand what causes depression. However, research suggests that a combination of biological, genetic, environmental, and psychological factors may be responsible.

Researchers don’t know why some people get debilitating depression and others don’t.

However, there are several possible causes, and some factors can combine to trigger symptoms.

MDD is treatable in a number of ways. If a person sticks to their treatment plan and follows regular therapy sessions, they can often significantly reduce their symptoms.

If a person with MDD is taking antidepressants, it is important that they don’t stop taking them without talking to their doctor first.

These treatment methods can reduce symptoms and prevent depression from being debilitating, making it much easier for a person to cope with their daily life.

If a person feels very unwell despite treatment, they may find it helpful to call a local crisis center or mental health service.

They can also call the National Suicide Prevention Lifeline. This lifeline offers free and confidential support at any time to people in distress. It also provides prevention and crisis resources for people with depression and their friends and family members.

In this case, debilitating depression can cause a person to feel constantly weak or depressed. It can also cause feelings of guilt and worthlessness and the inability to experience pleasure in activities that a person would normally find enjoyable.

Common treatments for debilitating depression include psychotherapy and a variety of antidepressant medications. These treatments can be very effective and effective in reducing the symptoms of depression.

Tips for living with migraine

MS and migraine: are they linked?