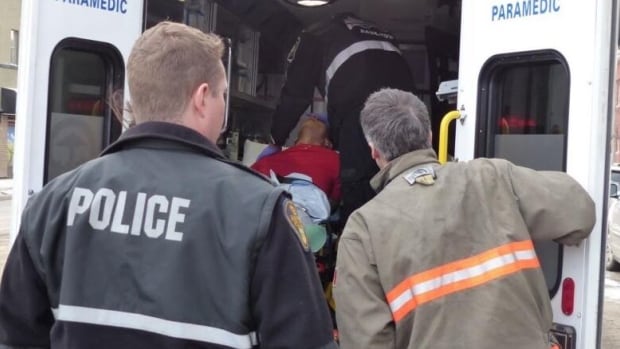 The names are both mysterious and familiar: fentanyl, carfentanyl, hydromorphone, oxycodone.

Familiar because they appear regularly in stories about Saskatchewan’s opioid crisis and overdose deaths.

Mysterious because, beyond reading in a report that a drug has caused an overdose death, does a person without medical training really know the difference between carfentanyl, acetylfentanyl and codeine?

Peter Butt knows the difference. Butt is an Associate Professor in the College of Medicine at the University of Saskatchewan and a consultant in addiction medicine.

â€œThese names are thrown out and people don’t really understand the power range,â€ he said.

“If you were to put it on a lower and lower scale, it would go from codeine to morphine to oxycodone to hydromorphone and then to fentanyl.”

According to the Saskatchewan Coroners Service, fentanyl played a role in a significant portion of overdose deaths in 2020 – 144 of the 283 deaths recorded in the province. More people have died in Regina, 119, than anywhere else, followed by Saskatoon at 70.

Butt said people may not realize that fentanyl is the name of the parent drug for a number of related drugs – carfentanyl, acetylfentanyl, parafluorofentanyl, furanylfentanyl.

Pharmaceutical fentanyl was developed for the treatment of pain in cancer patients, applied in a patch to the skin. It is generally considered to be between 80 and 100 times more potent than morphine.

Variations of fentanyl were then developed for different uses with varying degrees of potency, Butt said.

â€œCarfentanyl is classified as being 100 times more potent than fentanyl. It was developed primarily as an anesthetic for an elephant,â€ he said.

WATCH | What does fentanyl do to your brain?

What does fentanyl do to your brain?

The effects of fentanyl range from pleasure to death. This video explains exactly what the drug does to your brain. 1:47

Given this potency and the complete lack of street-level quality control, it’s easy to see why the fentanyl group is responsible for so many deaths. Users play roulette when they consume street drugs.

â€œFentanyl is brought into the country and it’s cut,â€ Butt said.

â€œThat’s a pretty crass treatment they do, you can imagine mixing bowls and someone’s cooking. So the issue isn’t just the high potency, but the uncertainty as to how much fentanyl is in. not just in the mix, but when it comes to creating a powder that they sell or a tablet that they squeeze, how much is in that mix. “

Compared to fentanyl, morphine and codeine are “low potency opioids,” but they are still capable of leading to overdose deaths, Butt said. Both are prescribed for the relief and management of pain.

â€œThe problem with codeine is that it can be abused like any other opioid. Some people work in pharmacies and collect it from different pharmacists at different times,â€ Butt said.

“Sometimes people take so much codeine, often mixed with acetaminophin – the trade name Tylenol – that it poisons their liver and they die of liver failure.”

Butt says hydromorphone is a â€œprescription opioid,â€ more potent than morphine and often given to hospice patients with acute pain.

â€œIt’s diverted to the streets by people who have access to it because of the market value. It has a pretty high value on the street, in part because people know what it is – it’s a product of. prescription, â€he said.

â€œOxycodone is what was marketed as Oxycontin, and for a long time it was promoted as a safer form of pain reliever,â€ he said.

“It was bogus marketing on the part of the drug company and unfortunately a lot of people got hooked on oxycodone.”

â€œWith fentanyl, they started creating pills that looked like oxycontin. They were called ‘fake oxy’ on the streets and we knew they were more potent than oxycodone, but no one really knew how to. how much more powerful they were. “

Butt said it could be a vexatious combination for paramedics and other first responders.

Opioids such as fentanyl slow down the respiratory system and then the heart, causing death. The drug naloxone is used to counter this effect.

“The problem, once again, is that sometimes at street level it is [methamphetamine] cut off with other drugs, â€he said.

“You could have methamphetamine mixed with fentanyl and people could end up with an opioid overdose. They think they’re just getting a stimulant.”

Oxycodone hydrochloride vs acetaminophen and codeine after fracture surgery

Strong opiates equivalent to paracetamol and codeine for pain after orthopedic…