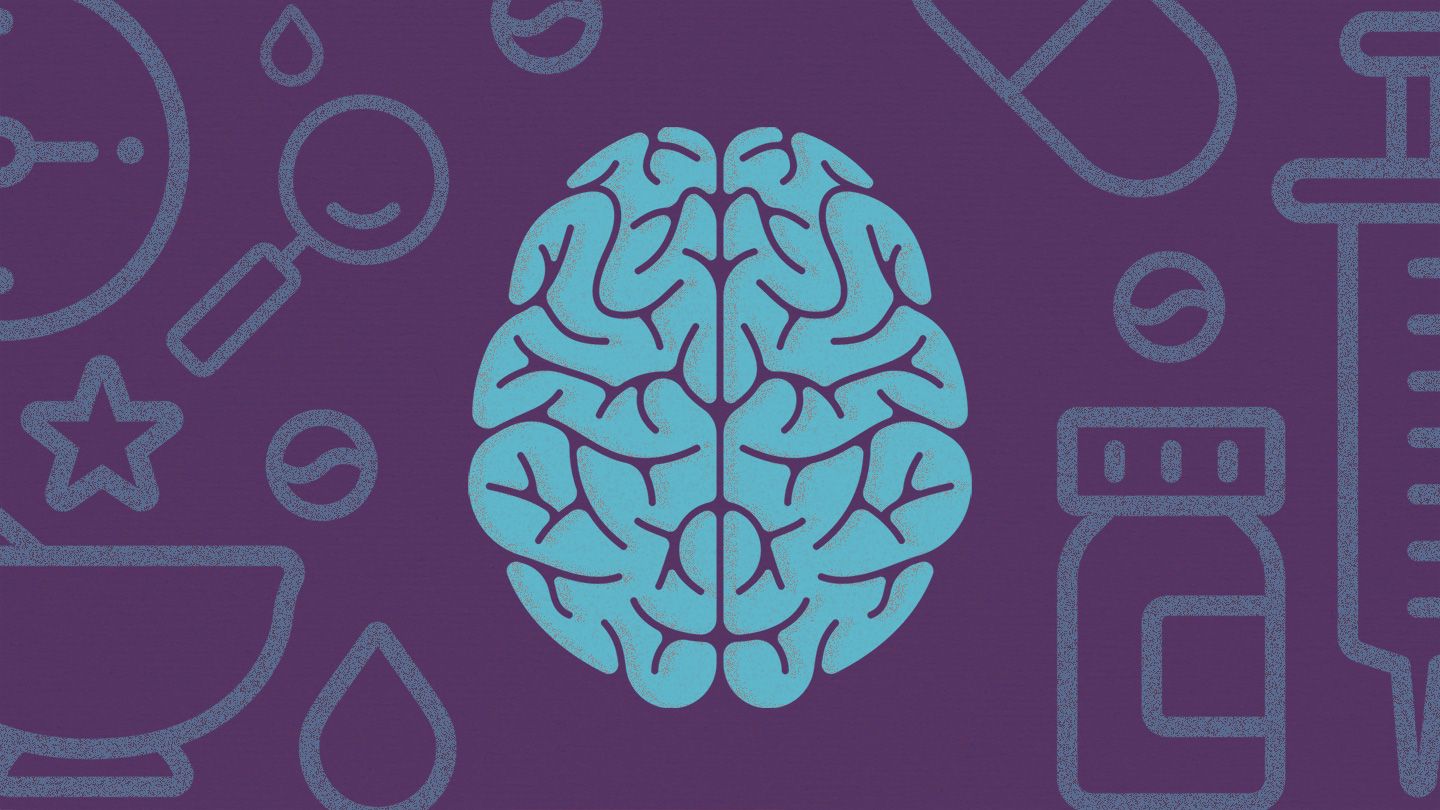 How to Treat Migraine and Get Pain Relief

When the first triptan drug, sumatriptan, hit the market in the early 1990s, it revolutionized the treatment of migraine. Until then, nothing has stopped a migraine attack as effectively. Since then, several other triptans have been approved, each with different characteristics. This means that if one triptan doesn’t work for one individual, another can, notes Virtual Headache Specialist.
Triptans are also known as 5-HT1B / 1D receptor agonists because they block pain pathways in the brain by binding to certain serotonin receptors on neurons.

The triptans that come in a nasal spray include:

And a triptan, Imitrex, is available as a self-administered subcutaneous injection.

An oral combination of sumatriptan and naproxen is also available as Treximet (sumatriptan and naproxen) and is more effective in relieving moderate to severe migraine than either drug alone, according to a systemic review of The Foundation. Cochrane data 2016.
For people who experience nausea and vomiting as part of their migraine attacks, using a nasal spray or injection is likely to be more effective than taking a pill, which may be vomited or absorbed more slowly than normal because stomach emptying is often slowed down during a migraine attack. This is sometimes called gastric stasis, according to Migraine Againe.

Common side effects of triptans include nausea, dizziness, drowsiness, and muscle weakness.

Because one of their actions is to constrict blood vessels, triptans are not recommended for people at high risk of stroke or heart attack.

Ergots are the oldest class of treatment for acute migraine, with ergotamine being the drug of choice before sumatriptan was approved in 1992, noted a 2018 entry in the New York Headache Blog.

Two combinations of ergotamine and caffeine are still available in the United States: Cafergot, which is taken as a tablet, and Migergot, which is a rectal suppository. However, these drugs are less effective than triptans at stopping a migraine attack, and they usually cause nausea and vomiting as a side effect. They are rarely used in North America today, but continue to be used more widely in other parts of the world.

Like triptans, ergotamines are not recommended for people at high risk of stroke or heart attack.

A still widely used ergot drug is DHE 45 (dihydroergotamine), which, when given intravenously (usually in a hospital) with an anti-nausea drug, is still considered a very effective way to treat intractable migraine attacks, or severe attacks that last more than 72 hours that don’t respond to other migraine treatments, notes UpToDate.

Dihydroergotamine is also available as a self-injection and nasal spray, Migranal, neither of which is as effective as the drug administered intravenously.

Calcitonin gene-linked peptide (CGRP) is a molecule synthesized in nerve cells in the brain and spinal cord that is directly involved in migraine pain. Researchers have long worked to develop ways to prevent CGRP from being activated at the onset of a migraine attack, according to Harvard Health.

In 2019, the United States Food and Drug Administration (FDA) approved Ubrelvy (ubrogepant), an oral CGRP receptor antagonist – also known as a CGRP blocker or inhibitor – which is used to treat symptoms. in adults after a migraine attack has already started. Ubrelvy can be used to treat migraines with or without aura.

The FDA gave the green light to Ubrelvy after a study published in November 2019 in the Journal of the American Medical Association found that about 20 percent of the 1,465 participants taking 25 milligrams of Ubrelvy felt pain free after two hours, and 34 percent were relieved of their most bothersome symptoms, such as sensitivity to light and noise.

A higher dose gave these results for 22 percent and 39 percent of the participants, respectively.

Side effects of Ubrelvy include nausea, dizziness, drowsiness, and dry mouth.

A second oral CGRP receptor antagonist, Nurtec ODT, was approved by the FDA in February 2020 after a study published in August 2019 in The Lancet, showed that 21 percent of participants who received a 75 milligram dose of the drug were pain free two hours after taking it, and 35 percent were free of their most bothersome symptoms (such as nausea, sensitivity to light and sensitivity to sound) at the two o’clock point.

Similar findings were also reported in research published in July 2019 in The New England Journal of Medicine.

The most common side effects of Nurtec ODT are nausea.

Unlike triptans, CGRP receptor blockers are believed to be safe for people with vascular disease that increases their risk for heart attack or stroke.

Steroids, which include prednisone and dexamethasone, can be used to treat a migraine attack that has not responded to other treatments. Steroids are typically used in conjunction with other types of migraine medications, such as triptans, to improve pain relief.

Steroids should not be used long term due to side effects which may include sleeplessness, weight gain, and unwanted metabolic effects such as high blood sugar.

Steroids can also be given intravenously in a hospital or clinic to break the cycle of pain in intractable migraine, notes the National Headache Foundation.

These drugs, which include codeine, oxycodone, and hydromorphone, are sometimes used to treat migraine pain if other options are ineffective. In general, however, they don’t work well for relieving migraine pain for most people, they can cause or worsen nausea, and they increase the risk of headaches from overuse of drugs, according to a 2020 entry in the. New York Headache Blog.
In addition, there is a risk of tolerance, dependence, dependence and overdose associated with opioids (also called narcotics), and there are concerns that they may be over-prescribed for migraine, notes the American Headache Society.

If your migraine attacks include nausea and vomiting, your doctor may prescribe an oral anti-nausea medication, also known as an antiemetic, to be taken with a pain reliever. Antiemetics used for migraine relief include:

Reglan increases muscle contractions in the upper digestive tract to speed up the rate at which food from the stomach is moved to the small intestine. Chlorpromazine and Compro, on the other hand, reduce nausea but do not affect the rate of gastric emptying.

A nerve block involves injecting small amounts of a numbing medication such as lidocaine or bupivacaine into the base of the skull, over the eyes, or into the temple to block pain signals from the nerves. Nerve blocks can ease pain in minutes, and the effects can last for days, weeks, or even months, according to Dan Henry, MD, speaking on Spotlight on Migraine, a podcast hosted by the Association of Migraine Disorders.
Nerve blocks can also be injected and relieve pain associated with myofascial trigger points, says Dr. Henry. Myofascial trigger points are hyperirritable nodules in skeletal muscle that are painful if pressed and which can also cause referred pain or pain in other parts of the body. Palpation of myofascial trigger points may cause a migraine attack in some patients, according to a review published in September 2018 in The Headache and Pain Journal.

A severe migraine attack that lasts more than 72 hours and does not respond to a person’s usual acute therapies is called an intractable migraine or migraine state. It is often necessary to seek additional treatment in the emergency department in these cases, where a number of medications can be given intravenously to help break the headache cycle.

These drugs can include:

According to Migraine Again, your migraine emergency treatment plan should include your diagnosis, any relevant information about your medical history, your doctor’s recommendations for the safest and most effective medications for you, as well as signing and contact details for your doctor.