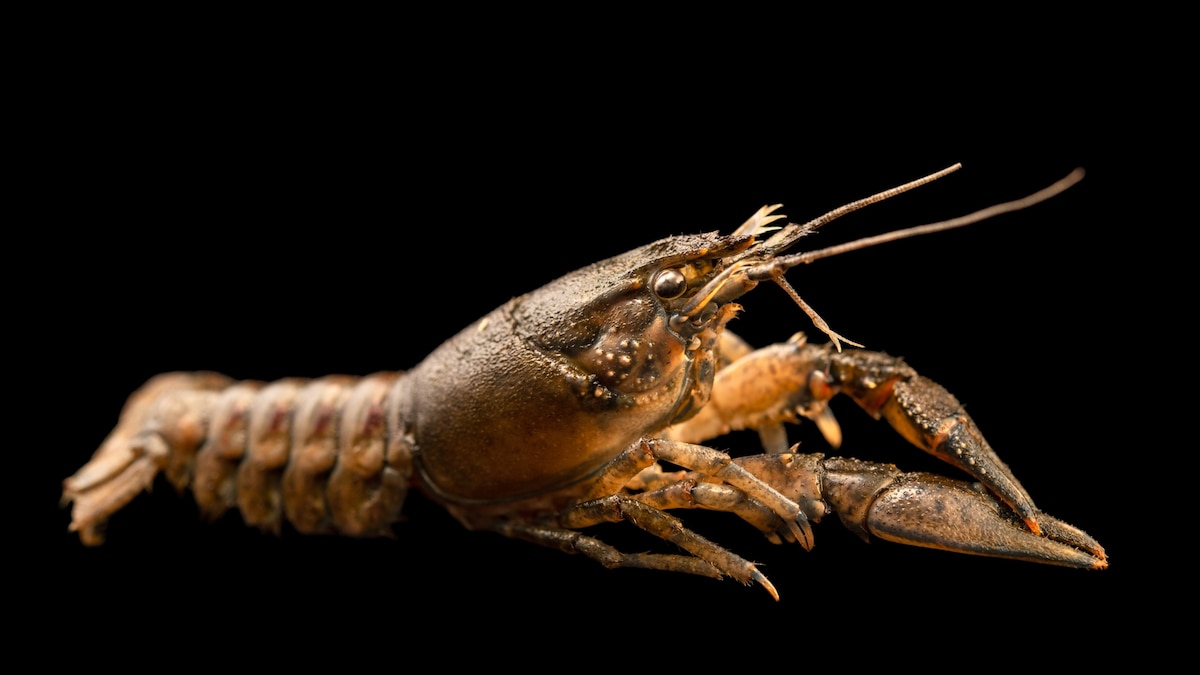 Antidepressants in streams may make crayfish more daring, increasing the risk of predation

In an article published today in the journal Ecosphere, the researchers found that crayfish exposed to moderate levels of the antidepressant citalopram, commonly sold as Celexa, spent much more time foraging and less time in hiding. The behavior could make crayfish more vulnerable to predators, and their altered behavior could, over time, have other effects on stream ecosystems.

The study was performed at a research facility in a waterway that mimicked the natural environment, and crayfish were exposed to drug levels found in real environments.

â€œIt was surprising how much the behavior changed,â€ says Lindsey Reisinger, study co-author, a freshwater ecologist at the University of Florida. “It was quite dramatic.”

Crayfish exposed to the antidepressant, for example, were almost twice as quick to peek and exit their shelters in search of food, compared to unexposed animals.

The study, the first to examine crayfish and antidepressants in a naturalistic setting, raises questions about the extent and impact of this type of pharmaceutical pollution, says co-author AJ Reisinger, who worked on the study as a post-doc at the Cary Institute for Ecosystem Studies and is now a freshwater biogeochemist at the University of Florida. (The two researchers are married.)

White crayfish, native to Florida, explore an aquarium in Professor Lindsey Reisinger’s lab at the University of Florida.

Drugs in the water

Citalopram is a selective serotonin reuptake inhibitor (SSRI), a large class of antidepressants that are among the most widely prescribed drugs in the world. In 2018, nearly one in eight people in the United States reported taking an SSRI. These drugs are designed to change the chemistry of the human brain by increasing the levels of the neurotransmitter serotonin, which helps regulate mood, happiness, and anxiety. But they can also affect the neurochemistry of many non-human animals, especially those that live in water.

Drugs enter waterways through several different routes. We swallow pills but still excrete traces of them in the urine or stool. Compounds enter the environment through septic tank leaks or sewage treatment plants, which were not designed to remove them. People often throw unused pills down the drain; drug manufacturers also reject this pollution.

Marine and freshwater organisms can be exposed to mixtures of many different drugs. These compounds often occur at low levels, but they can have additive effects, says University of Portsmouth toxicologist Alex Ford, who was not involved in the article. Previous research has shown that SSRIs can reduce “anxiety-like” behaviors and sometimes increase both aggression and locomotion in various aquatic animals.

The Reisingers and colleagues designed their study to understand how crayfish respond to these drugs. For two weeks, they exposed crayfish to 500 nanograms per liter of citalopram in their man-made stream, which contained rocks and vegetation where crayfish could hide.

As part of the study, they tested how quickly control crayfish exposed to SSRIs reacted to the smell of food. The latter group peeked out of their shelters twice as fast, got out almost a minute earlier, and spent 400% more time in the food section of the test device.

Although scientists did not introduce predators into their setup, they speculated that crayfish acting in this way would be more likely to be eaten by predators, which in the wild include raccoons, foxes. , big fish and birds.

Crayfish are a major consumer of dead leaves and aquatic insects, and so any impact on their behavior could have far-reaching ecological implications, Lindsey explains. In this article, the researchers note that during exposure to citalopram, the levels of algae and organic compounds in the water increased. They hypothesized that crayfish would therefore eat and excrete more nutrients, which promoted algae growth, or that their increased movement prevented algae and nutrients from settling on the bottom of the â€œstreamâ€.

The dose makes the poison

It’s important to note that this study was conducted in the lab and the team did not include some real-world variables. Yet it has exposed crayfish to levels that might be encountered in their streams and ponds and certainly to levels that occur immediately downstream of some wastewater treatment facilities. A 2009 study found citalopram at 500 nanograms per liter about 20 miles downstream of a wastewater treatment plant in India and at concentrations of 76,000 nanograms per liter in an area with several pharmaceutical plants.

Antidepressants can infect animals through various routes of exposure. Crayfish absorb chemicals through their gills and the detritus they eat. During this time, large predators that consume crayfish or other small animals that have taken antidepressants will also accumulate these contaminants. A recent study in Australia calculated that brown trout and platypus, when eating animals exposed to antidepressants, can consume up to half the human therapeutic dose of these drugs daily. The same article found that SSRIs made up one percent of the body mass of a riparian spider, a voracious consumer of arthropods.

â€œThat’s a lot of chemicals in your body,â€ says AJ Reisinger.

To protect the environment from unused drugs, take your unwanted pills to a drugstore or drug withdrawal event. If this is not possible, take the tablets out of their container and mix them with something unpleasant and absorbent, such as coffee grounds, and put them in the trash.

â€œYou can do your part to reduce pharmaceutical pollution by properly disposing of your medications,â€ says AJ Reisinger. â€œNever throw anything down the drain. “

Trevor Hamilton, a researcher at MacEwan University in Edmonton, Canada, says the new study, in which he was not involved, is more relevant than ever. In the United States, the prevalence of symptoms of depression was three times higher during the pandemic than before.

This spike in antidepressant use will increase drug concentrations in wastewater effluent “to the highest levels ever,” Hamilton predicts. “This will create a significant challenge for many organisms whose neurochemistry is affected by these modulators.”