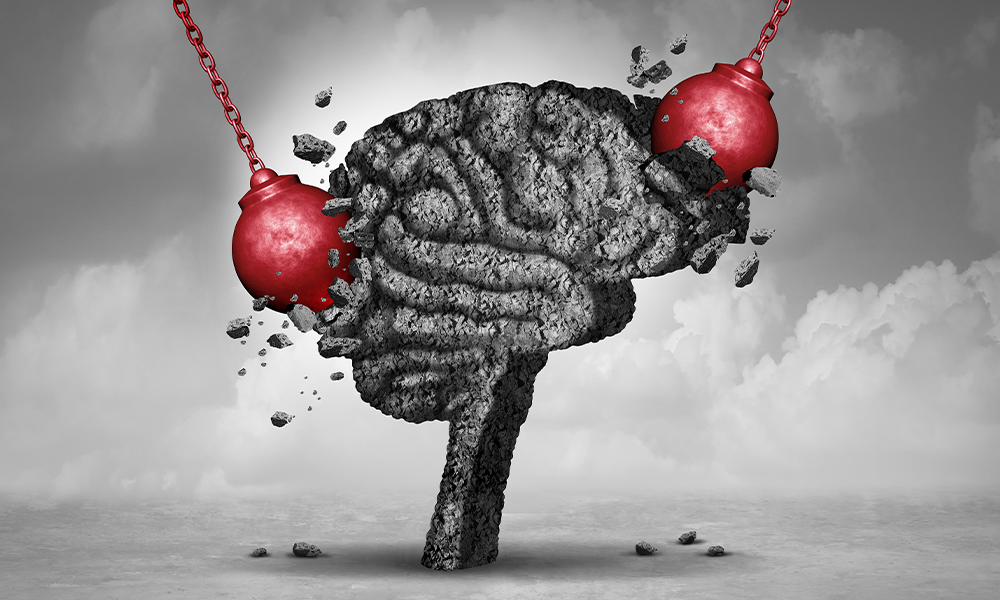 Triptans, long the workhorses of migraine treatment, have been joined by monoclonal antibodies and small molecule drugs that block the calcitonin gene-related peptide. What is missing is a precision treatment approach based on biomarkers.

The migraine treatment landscape has seen an explosion of new therapies in recent years and continues to have a strong pipeline, creating a massive arsenal of treatment options for the 39 million people in the United States who suffer. of the disease.

Migraine is one of the most common illnesses in the world and affects not only quality of life but also productivity, with an estimated 157 million workdays lost each year in the United States. Although there is no cure, there are treatments both to treat migraine at the onset of an attack – known as acute treatment – and to
reduce the frequency, severity and duration of headaches. Frequency is one way to categorize migraine diagnoses. Episodic migraines occur 14 days or less per month, while chronic migraines occur more than 15 days per month. The treatments, however, are the same for both.

According to Richard B. Lipton, MD, professor and vice president of neurology at Albert Einstein College of Medicine and director of the Montefiore Headache Center, both in New York, only one drug is approved for chronic migraine that is not also approved for episodic migraine. Thus, the dividing line in treatment choices is primarily whether the drug is used for acute treatment or for prevention. Acute treatment has traditionally involved pain medication, including the common over-the-counter all-purpose painkillers acetaminophen and ibuprofen. Triptans – Imitrex (sumatriptan), Zomig (zolmitriptan), Axert (almotriptan) and others – are prescribed more specifically for the acute treatment of migraine (and sometimes cluster headaches).

The causal pathway of migraines is complex and not completely understood. Even so, widening of blood vessels is thought to be associated with strokes, and triptans are effective as an acute treatment, at least in part, because they narrow blood vessels.

Preventative treatments have also included beta-blockers, which relax blood vessels and prevent them from overexpanding; antidepressants; and anticonvulsants.

But despite the many and varied treatments, many migraine sufferers can’t find one that works for them.

Migraine treatment entered a new era a few years ago. For acute treatment and prevention, there are now several drugs available that block a protein called calcitonin gene-related peptide (CGRP). CGRP is thought to play a role in migraine because it is involved in transmitting pain signals and neurogenic inflammation that dilates blood vessels.

The FDA has approved four monoclonal antibodies that block CGRP as preventive agents. Aimovig from Amgen and Novartis (erenumab-aooe), Emgality from Eli Lilly (galcanezumab-gnlm) and Ajovy from Teva (fremanezumab-vfrm) are monthly injections that patients self-administer. The fourth, Vyepti (eptinezumab-jjmr) from H. Lundbeck A/S, is administered by a doctor every three months.

This new class of treatments represents a major advance in migraine prevention for several reasons, Lipton explains: their benefits are felt very quickly without much adjustment in dosage, they have a favorable side effect profile, and they work often in people who don’t. respond to traditional preventive treatments. “Before the approval of CGRP-targeted monoclonal antibodies, there was a real unmet need in the area of ​​prevention,” says Lipton, explaining that medical claims data has shown that 80% of patients who start treatment traditional oral preventative interrupt the treatment. because it doesn’t work for them, side effects or both.

Nurtec ODT and Ubrelvy are small molecule drugs, not monoclonal antibodies, and they are grouped into the class of gepants (pronounced GEE-pants). They have their own list of advantages over traditional treatment. For example, triptans work by narrowing blood vessels, so they may be contraindicated for patients with heart disease. These new treatments are not accompanied by the same cardiovascular problems. They may also be an option for patients who do not respond to triptans or for whom side effects are too frequent or severe.

Biohaven also advocates for the use of Nurtec ODT as migraine prevention. In December, a study published in The Lancet detailed the effectiveness of the treatment as a preventative option when taken every other day. The potential approval of Nurtec ODT for migraine prevention would create an unusual situation for the migraine drug of the same agent used for prevention and treatment. Meanwhile, Biohaven has been running trials that could get zavegepant, another CGRP-blocking agent, approved as both a pill and a nasal spray.

Biohaven announced the initiation of a phase 1 trial of zavegepant last fall and reported positive results from a phase 2/3 study for the drug in the form of a nasal spray. There are advantages to administering a drug intranasally, says Lipton. The drug enters the body faster, so it takes effect earlier. Nausea is a common feature of migraine, so bypassing the digestive system with an intranasal spray could make medication more effective.

AbbVie’s atogepant could soon be on the market. In July 2020, the company reported positive Phase 3 data that showed it significantly reduced the number of “migraine days” compared to a placebo. A decision from the FDA was imminent because this problem of Managed Health Framework® went to press.

The FDA approved Eli Lilly’ Reyvow (lasmiditan) for the treatment of acute migraine in 2019. Reyvow is the first approved ditan (pronounced DIE-tan), a class of drugs that target the 5-HT1F receptor.

Another group of migraine drugs in development focuses on pituitary adenylate cyclase activating peptide 38 (PACAP-38). Amgen’s AMG-301 was the lead inhibitor of PACAP-38, but results from a phase 2a trial showed it had no benefit over placebo for migraine prevention. But there are other PACAP-38 inhibitor candidates, including Alder BioPharmaceuticals’ ALD1910. The company has completed recruitment for a phase 1 trial that included 96 volunteers. H. Lundbeck, a Danish company, acquired Alder, which is located in the suburbs of Seattle, in 2019.

Doctors and migraine sufferers have more treatment options than ever. This abundance perhaps diverts attention from a fundamental problem: the absence of a therapeutic approach that would be informed, at least in part, by genetics and other individual characteristics.

“The challenge is that migraine is almost certainly more than one disease,” says Lipton. “We know over 40 genes that contribute to migraine risk and what this may mean is that in different people migraine has a different mechanism.”

In the absence of established biomarkers, physicians currently must treat patients on a trial-and-error basis. The problem of clustering migraine patients also affects drug development. Drugs with a particular mechanism of action may fail if too many patients in the trial have migraine pathophysiology that does not match well with the mechanism of action of the investigational drug. Lipton says researchers are working on identifying subgroups of migraines and responses to treatment. Several groups are working to find genetic and other biomarkers for migraines.

Jaime Rosenberg is a freelance writer based in Jersey City, New Jersey.

Side Effects of Codeine, Addiction, and Treatment