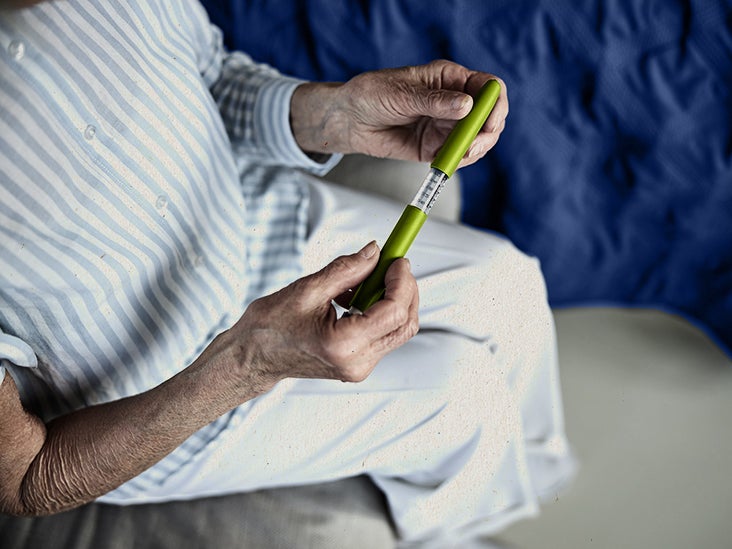 How it works: Injectable treatments for migraine

There are several treatments available for migraine. In recent years, researchers have developed injectable drugs targeting a specific peptide.

Migraine is very common, affecting approximately in the USA.

Although there is still much that doctors and scientists do not know about its causes, research has shed light on the important role of the calcitonin gene-related peptide (CGRP) in the development of migraine.

As a result, scientists have been able to develop some injectable treatment options that specifically target CGRP to reduce migraine frequency.

We spoke with Dr. Jessica Ailani, Professor of Clinical Neurology at MedStar Georgetown University Hospital and Director of the Georgetown Headache Center, both in Washington, DC, to discuss how injectable migraine treatments work.

Over the past few decades, it has become increasingly clear that CGRP plays a role in migraine.

A 2013 study found that blood levels of CGRP in women with chronic migraine were as in women without migraine.

But what is CGRP?

“CGRP is found throughout the body and is thought to cause blood vessels to increase in size (vasodilation),” Dr. Ailani explained. “Whether all the time or [only] during certain events, such as when the body is stressed, is unclear.

Although experts have long considered vasodilation to be a major cause of migraine, there is plenty of evidence to suggest that there may be more to say.

Indeed, research suggests that CGRP may be involved in a number of different neurological processes that play a role in and inflammation, both of which contribute to migraine.

Based on these observations, scientists have developed injectable drugs that block the activity of CGRP and prevent or reduce the onset of migraine.

“Our current injectable treatments block CGRP activity by sticking to the CGRP protein or sitting where CGRP needs to go,” Dr. Ailani said. “These two elements will prevent the CGRP from being active. Studies show that by reducing the activity of CGRP, we can reduce the frequency of migraines.

There are four options currently available for the injectable treatment of migraine:

Erenumab is unique among these in that it is the only injectable that binds to the CGRP receptor, or “is where CGRP is supposed to go,” as Dr. Ailani put it. The rest binds directly to CGRP.

“I would say that the four CGRP injectable preventive medications available are when it comes to being effective in migraine prevention,” she clarified. “They all have data to show a greater reduction in migraine days compared to placebo in both migraine and chronic migraine in [adults].”

The approval of these four drugs has greatly expanded the arsenal of injectable treatment options for migraine prevention, which previously only included onabotulinumtoxinA, or Botox.

Although not specific for migraine like other injectables, suggest that Botox is equally effective in preventing chronic migraine. It is likely that Botox reduces migraine pain in a number of ways, including from nerve cells.

These treatments, sumatriptan (Imitrex) and dihydroergotamine (DHE), can treat migraine episodes as they occur.

Unlike other injectable migraine treatments, which people receive regularly to prevent migraines, Imitrex and DHE are not intended for long-term daily use.

Imitrex and DHE can reduce pain associated with migraine episodes by causing blood vessels to constrict. This is a process known as vasoconstriction.

The main difference between the available anti-CGRP injectables is how and how often they are given.

People can self-administer erenumab, fremanezumab, and galcanezumab at home, if they wish. Depending on the medication they take, they may take it monthly or every 90 days, as with fremanezumab.

“The flexibility is excellent,” Dr. Ailani pointed out. “Especially for [those] who travel or who want to have injections given by a nurse at the doctor’s office, to be able to go to the [doctor’s] office every 90 days is much easier than [going in] monthly.”

Home injectables can come in the form of an auto-injector, which is the case with erenumab, or a pre-filled syringe. Galcanezumab and fremanezumab are available in both forms.

“Why a pre-filled syringe rather than an auto-injector? Auto-injectors are really easy to use – often a push or push button – and are designed to be used by the [individual]“, explained Dr. Ailani. “Pre-filled syringes, however, are less painful. You’ll see the needle, though, so that’s something to consider.

People receive eptinezumab, on the other hand, as an intravenous (IV) injection, which means they must receive it at an infusion center.

Although it may be more inconvenient, there are some advantages. “The benefit of an IV infusion,” Dr. Ailani said, “is that the drug gets into the system and starts working faster. Trials show that eptinezumab can reduce the frequency of migraines .”

People should also receive Botox from a healthcare provider, usually once every 3 months. They will use a small needle to inject the medicine into seven areas of the head and neck.

People can self-administer Imitrex and DHE injectables at home once a migraine strikes. Imitrex is available as an auto-injector, while DHE comes as a pre-filled syringe.

The main advantage of CGRP-specific injectable treatments, Dr. Ailani explained, is the specificity of migraine medications.

“They are designed specifically to prevent migraine, compared to other treatments we use in migraine prevention, which have been studied in migraine but were originally designed for another disease state.”

She added that the specificity of injectables for CGRP means the treatments are highly targeted, reducing the number of side effects that occur with many traditional migraine treatments.

However, these treatments are not without limitations. For example, people cannot receive CGRP-specific injectable migraine treatments while pregnant or breastfeeding.

“As they stay in the system for a long time, we ask [people] stop these treatments about 5 to 6 months before you start trying to get pregnant. For oral treatments, we can usually stop these weeks before starting the pregnancy, so that’s a big difference and it can be problematic for some people.

Cost can be another significant limitation for some people. Since these drugs are relatively new, insurance may not cover them.

According to the American Migraine Foundation, these CGRP-specific medications cost about $7,000 a year without insurance coverage. If a person’s insurance does not cover a CGRP-specific injectable, Botox may be a little more option, running at around $300 to $600 for each treatment.

Injectable migraine treatments are not approved for use in children at this time.

“Globally, [CGRP-specific injectables] appear to be a safe drug for the majority of [people] with migraine,” Dr. Ailani said.

However, some side effects to be aware of include:

Dr. Ailani also pointed out that there may be unanswered safety questions among people with other underlying vascular conditions, given CGRP’s role as a vasodilator.

In addition to injection site reactions and flu-like symptoms, people may experience temporary drooping of the eyelid after Botox injections. However, this should resolve itself.

Acute injectable treatments are also associated with certain side effects, which may include:

A health care provider may ask a person to take their first injection under their supervision to monitor side effects.

However, Dr. Ailani pointed out that there is still a lot to learn about migraine injectables. These include the long-term side effects and usefulness of these treatments for the prevention of other types of headaches, such as post-traumatic headaches.

“Our hope in the field is that this is just the beginning of migraine-specific options.”

Side effects, use for migraine, cost, etc.