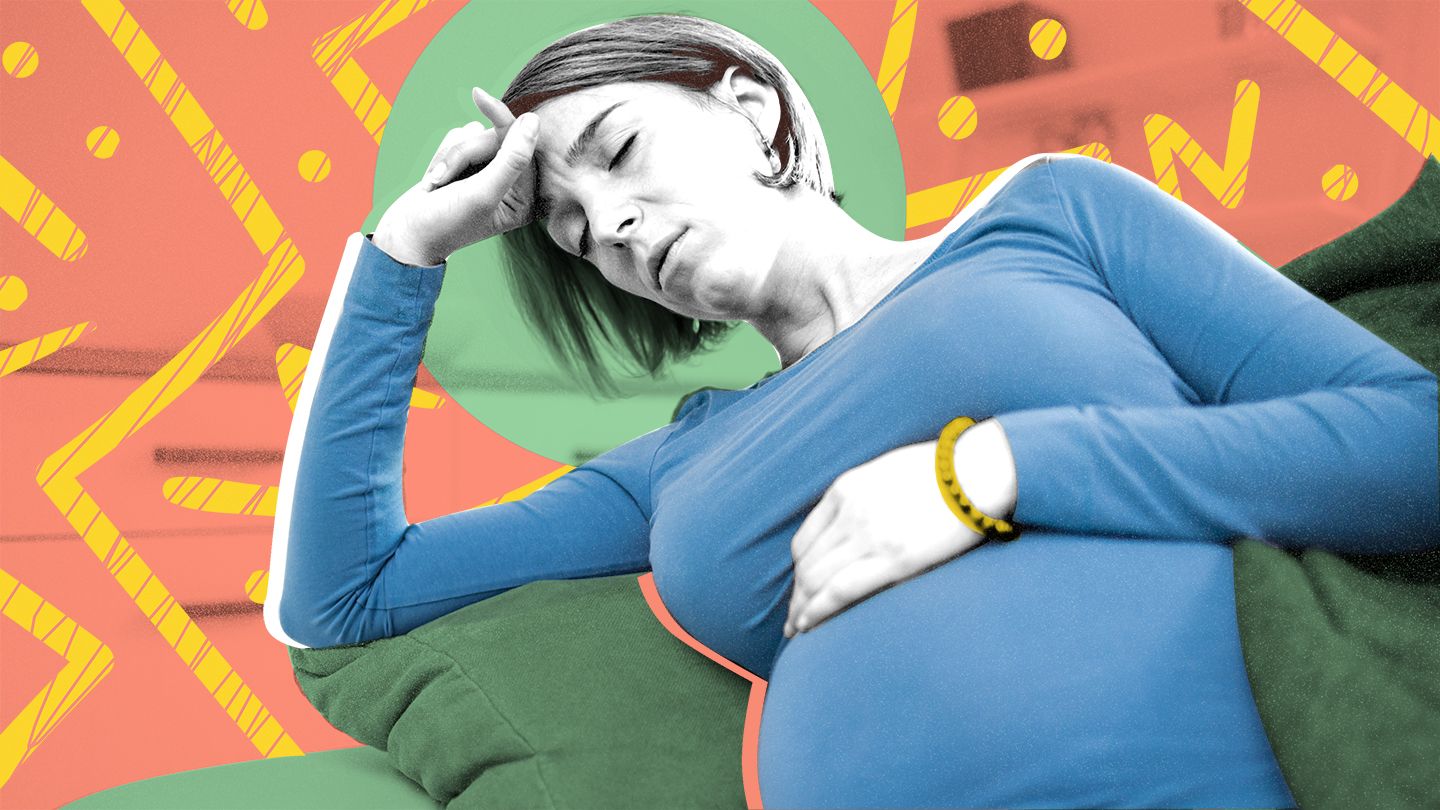 Migraine in Pregnancy: What Pregnant Women Need to Know

3. How can I treat a migraine attack during pregnancy?

“If medication is needed, my first choice is usually to start the patient on Tylenol (acetaminophen) and sometimes combine it with the medication Reglan (metoclopramide),” she says.

“Metoclopramide is usually used as an anti-vomiting drug, but it actually has benefits for stopping the migraine attack itself, and that, in combination with acetaminophen, can be really helpful,” she says.

“Sometimes I even add a little Benadryl (diphenhydramine) in there, as it can help induce drowsiness or sedation. The idea is that the combination can help someone take a nap, and when they wake up, the migraine attack will hopefully be over,” says Starling.

One of the other therapies we have pretty good evidence for is lidocaine, Starling says. “The FDA no longer uses pregnancy risk letter categories to indicate a drug’s safety in pregnancy, but when it did, lidocaine was a Category B drug, so it was considered that she had some data to show some safety in pregnancy,” she said.

According to the American Migraine Foundation, nerve blocks, in which an anesthetic and sometimes a steroid are injected near the nerve to block pain, are considered a safe migraine intervention for pregnant women.

Injections of lidocaine at the base of the skull — called occipital nerve block — can be very helpful in stopping a migraine attack, Starling says. “It can help relieve pain in the base of the skull or in the neck, as well as pain that may radiate from the back of the head but settle behind the eyes,” she says. These are all common places for pain and migraine, Starling adds.

“Sometimes I use these injections once a month or even as often as once a week for my pregnant patients. It can often work as a preventative treatment for them or be used to break up an attack that might be in progress,” she says.

Triptans are one of the most commonly prescribed first-line medications that are specifically for the treatment of migraine attacks, Starling says. “If you read the label on the package, it will tell you that the drug should not be used during pregnancy and has not been studied in pregnancy,” she says.

However, some triptans have been around for a while and have a fair amount of registry data for use in pregnancy, Starling says. Pregnancy exposure registries are studies that collect health information about exposure to medical products such as drugs and vaccines during pregnancy.

“There is a good amount of evidence for the safety of Imitrex (sumatriptan), Maxalt (rizatriptan) and Amerge (naratriptan). For my patients who have not had relief from Tylenol, Benadryl and lidocaine, I I’ll sometimes use one of these triptans for them,” says Starling.

4. What medications should I avoid when I am pregnant?

Starling recommends against taking NSAIDs such as ibuprofen and naproxen during pregnancy. “That’s because in the first trimester these drugs are linked to an increased risk of miscarriages, and in the third trimester there are concerns about fetal kidney problems and other problems with the fetus,” she says. .

A study published in 2018 in the American Journal of Obstetrics and Gynecology found that NSAID use in women around conception was associated with an increased risk of miscarriage, particularly in women with a lower body mass index (BMI).

The FDA issued a safety warning in 2020 that recommends avoiding NSAIDs during pregnancy at 20 weeks or later because they can lead to low amniotic fluid and can cause rare kidney problems in unborn babies.

5. What happens if my migraine attacks get worse during pregnancy?

Research presented at the 2015 International Headache Congress suggested that women who had severe acute migraine during pregnancy are at increased risk of adverse pregnancy outcomes. In the study, more than half of the women (49 out of 90) experienced adverse effects, including premature delivery, preeclampsia (a life-threatening pregnancy disorder characterized by high blood pressure) and low birth weight. . The investigators found no association between the medications the women took for migraine and the outcome of their pregnancy.

It is important for all pregnant women with migraine to discuss the management of the condition with the healthcare provider treating their migraine, especially women who experience worsening migraine symptoms during pregnancy.

6. What lifestyle changes can I make while pregnant to improve migraine?

Lifestyle measures and behavioral treatment options are important for anyone with migraine, but even more so if you’re pregnant, “because we want to avoid medication as much as possible,” says Starling.

“One thing I always discuss with people is ‘SEEDS for success’ in migraine management, which is a mnemonic device that reminds people of what they can do to improve migraine,” says- she.

“There are also behavioral treatment options that have been shown to be beneficial in evidence-based randomized controlled trials. These include biofeedback training, cognitive behavioral therapy training, mindfulness, and relaxation techniques,” says Starling.

These therapies can be useful for the treatment of migraine in any setting, but they should definitely be given special consideration during pregnancy, as they are all safe and drug-free options, she says.

7. Who can help me manage migraine during pregnancy?

In addition to treating migraine sufferers, Starling lives with migraine disease. “I have been through multiple pregnancies and have two children, and have been able to understand and manage migraine in collaboration with my healthcare professional. I know it can be scary for patients, but it’s totally doable,” she says.

Try to channel those feelings by being proactive about how you’ll manage your migraine during pregnancy, Starling says. “I always encourage patients to find a medical professional, whether it’s your GP, neurologist or headache specialist, who will work with your obstetrician to determine the best way to manage your migraine during pregnancy” , she says. .

“Pregnancy is hard enough for so many different reasons, and I think if we can manage migraine better, that makes it a lot easier,” she adds.

Before getting a COVID-19 vaccine, avoid preventative pain relievers like Tylenol, Motrin: Experts

Can you take Tylenol, Motrin before, after your vaccination? – KIRO 7 Seattle News